Below are a few things to consider when using the Strong Start Index map and data. To learn more about the methodology and construction of the index, please see our FAQs page.

Data are displayed by Census tract to show how conditions for babies vary by location.

Data for the Strong Start Index are displayed essentially by neighborhood. Our proxy for a neighborhood is a Census tract, which is a federal designation used to organize data at a more granular level than a city or county.  All Census tracts across the United States have roughly the same population, between 2,500 and 8,000 people, but their geographic size can vary considerably. 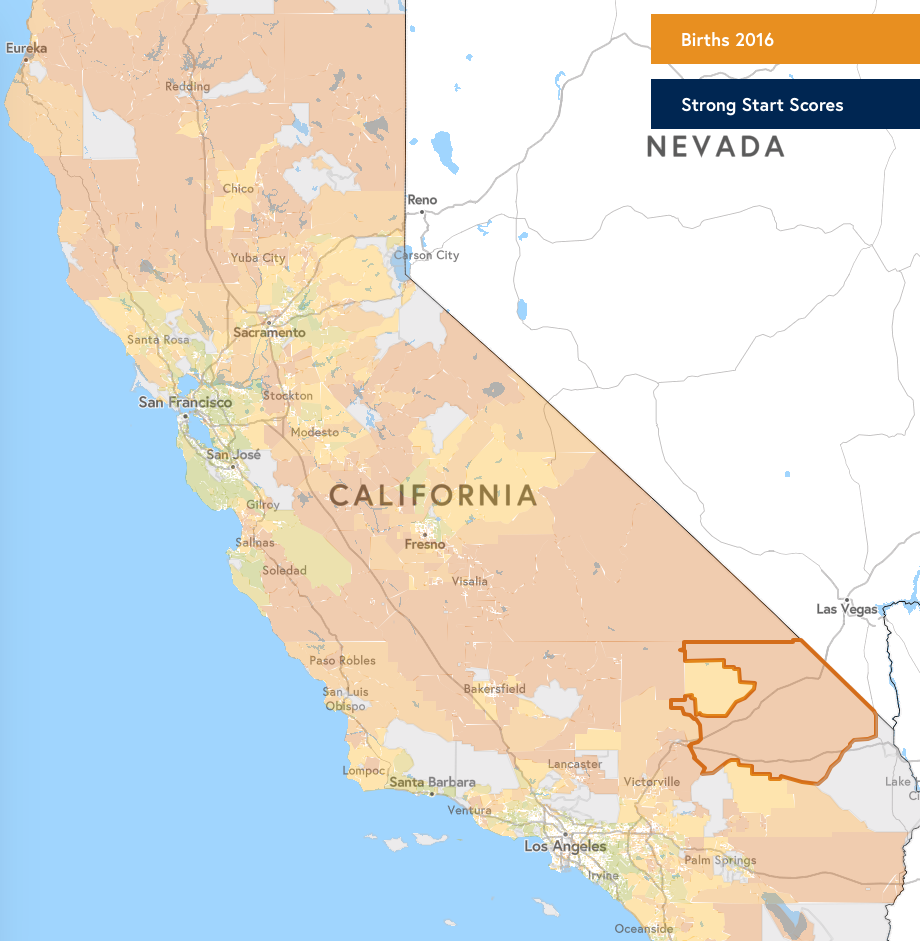 A key reason the Index organizes data by Census tract is so decision makers can direct resources where they are needed most.

Imagine you run a foundation or nonprofit serving children in Fresno County, where 15,000 babies are born each year. It would be useful to know that in one neighborhood, babies score in the highest 20 percent of Strong Start Index scores in the state, while in another neighborhood, mere streets away, babies score in the lowest 20 percent of scores in the state. This information could help you make decisions about where and how to invest and deliver services.

Getting a statewide picture requires diving into details.

An initial glance at the statewide map shows a lot of rose color, which indicates a lower score on the Strong Start Index. 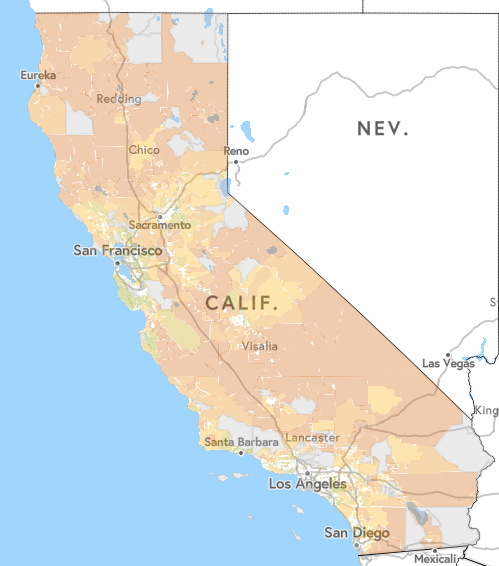 Many of the rose-colored areas are sparsely populated compared to the rest of the state, however. So we can’t draw conclusions about how babies in California are doing overall by looking at how much space each color occupies on the statewide map.

For the best county picture, zoom in.

Comparing counties to one another also isn’t very useful. When we look across 57 of the state’s 58 counties, differences seem small in terms of average number of assets at birth. (No data are available for sparsely populated Alpine County.)

Within counties and cities, differences become clearer. In south-central Alameda County, we see a lot of green, or highest scores, in a Census tract that is sparsely populated (left image). But, if we zoom in to see the densely populated neighborhoods of Oakland, we see babies are born with some of the lowest scores in California, on average (right image). 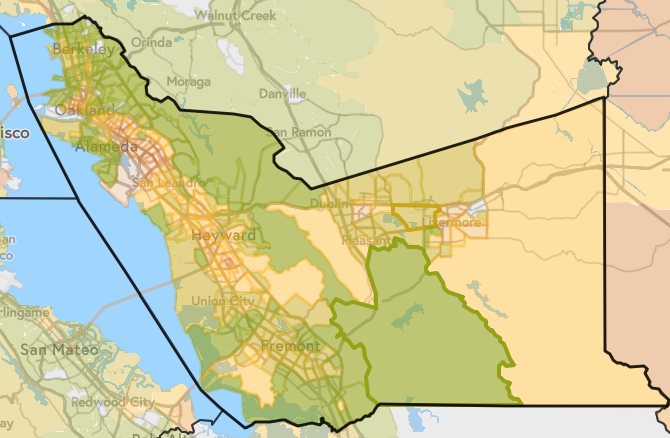 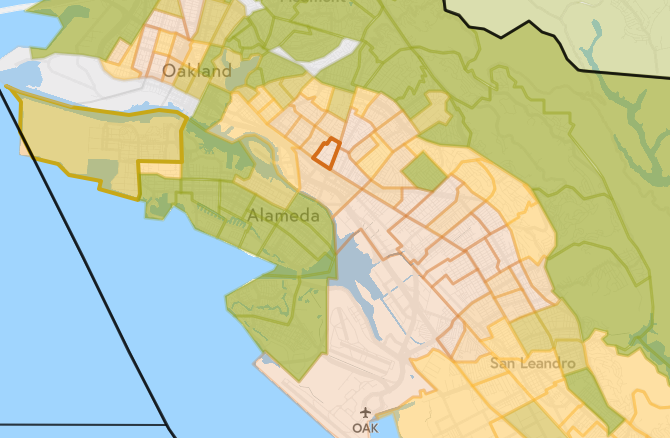 In fact, many counties have a similar patchwork of colors, such as San Diego and Sacramento Counties, below. 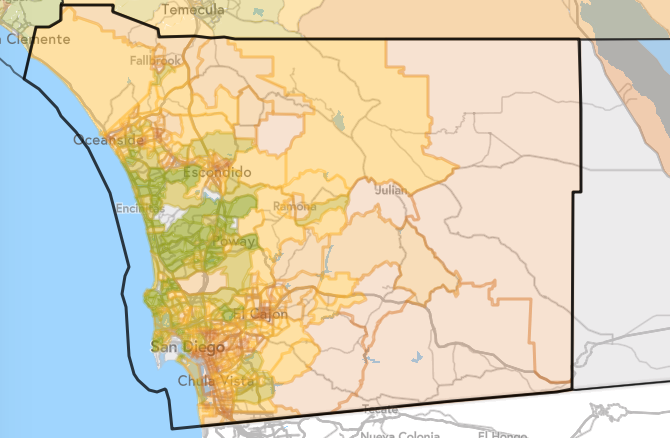 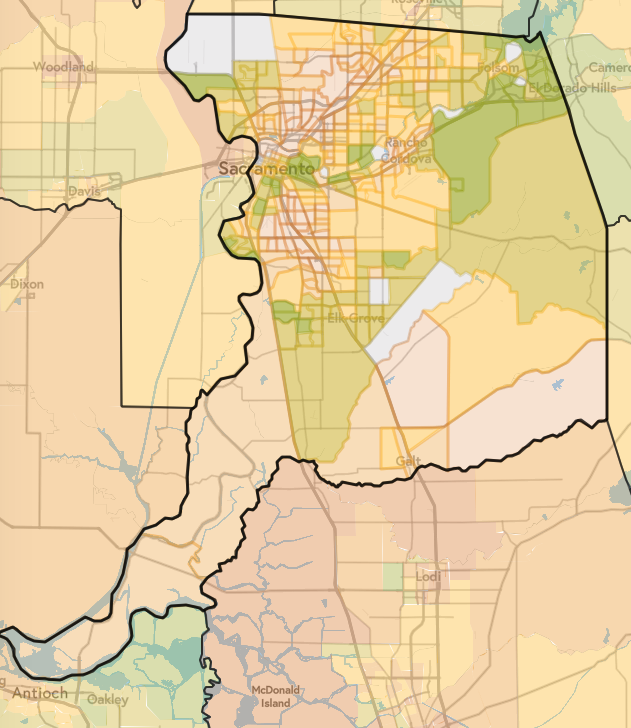 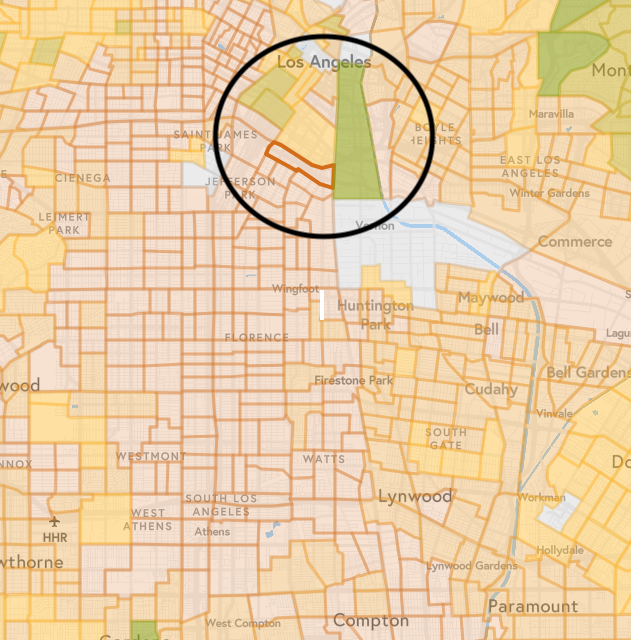 We see this in adjoining neighborhoods in San Jose and Richmond, too. 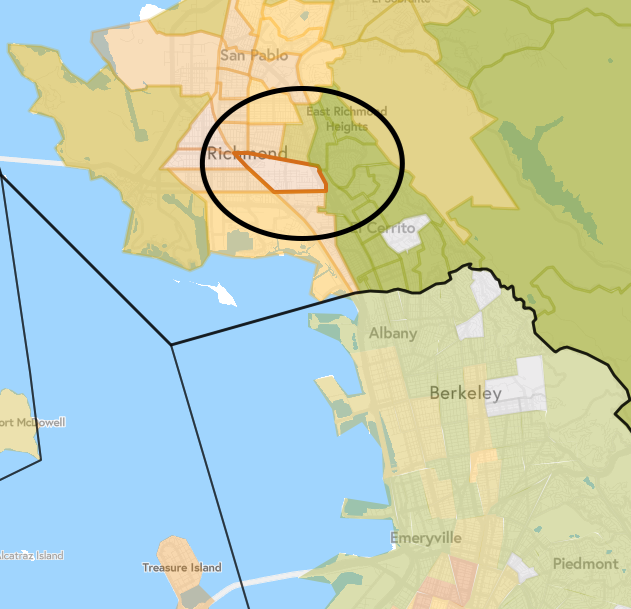 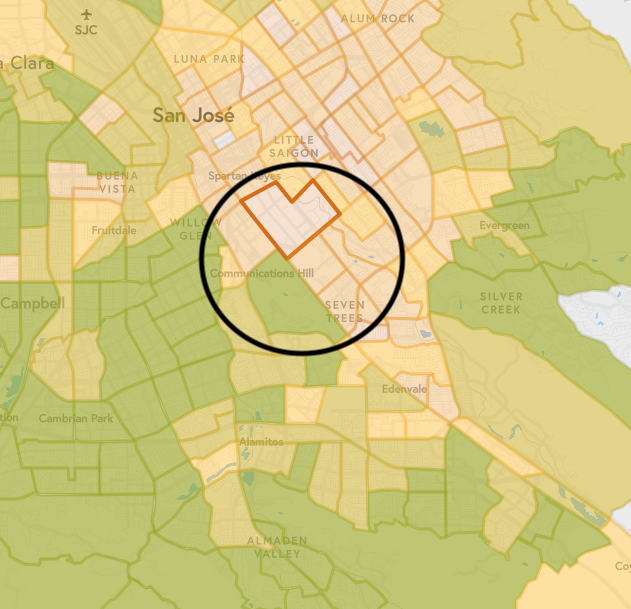 Curious about your own area?

To learn more about how you can use the Strong Start Index to advocate for children and families, visit our Get Involved page. 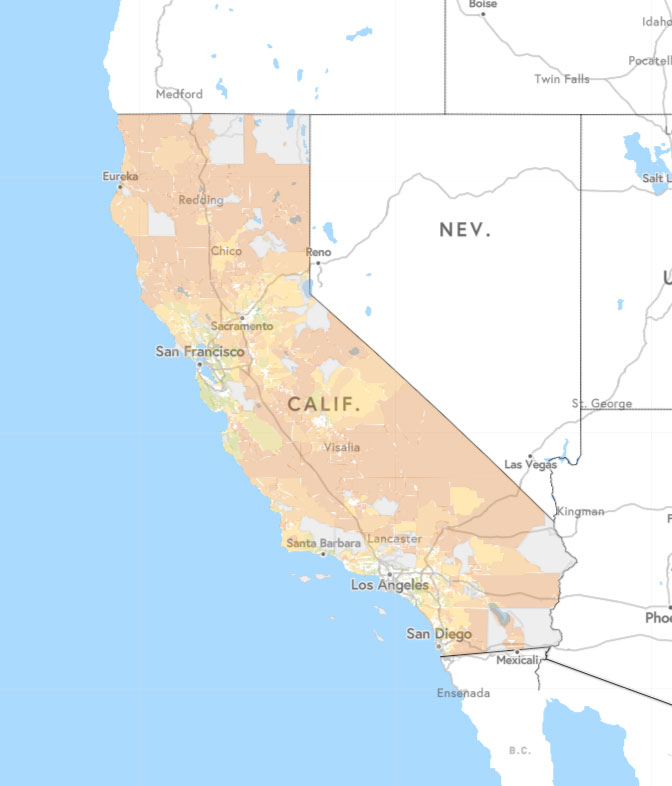